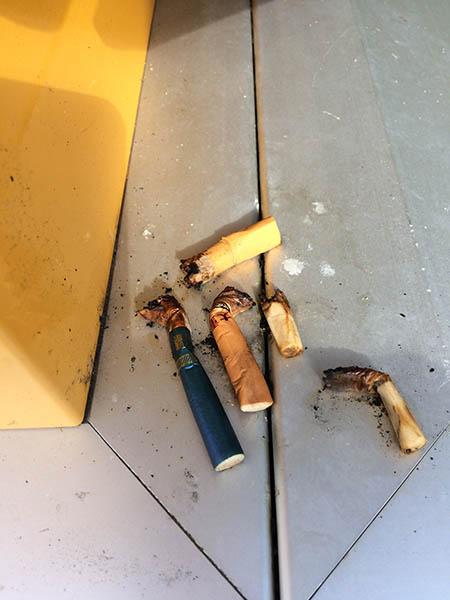 Lost, abandoned and set aside

They stood in a smokers’ silent reverie. Rollie, on his Front-of-House break had made a bee-line for this spot as they didn’t like him smoking on The Steps.

Tiny Toke had a stone in his shoe and the lyrics of Kate Miller-Heike’s Zero Gravity in his head. Definitely time for a smoke.

Haomao, the boy in blue, and Zhonghua were nearing the end of their holiday. Tomorrow they’d watch the Lighting of the Sails, and in anticipation were musing on the meaning of Metamathemagical.

The Other smoked quickly, inhaling, then pursing her top lip over the bottom and exhaling into her cleavage.