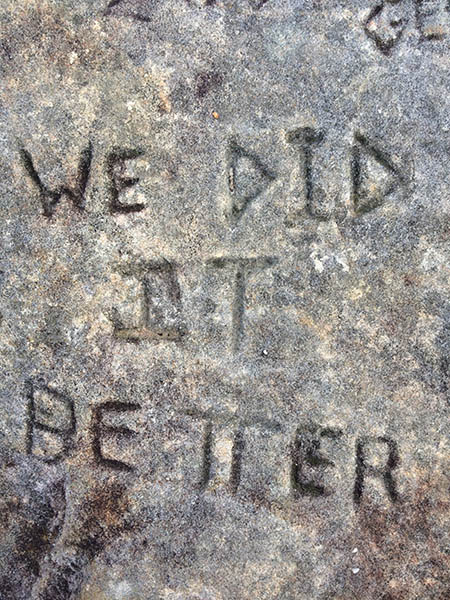 We did it BE TT ER

Archaeologists have long debated the meaning of this coastal rock inscription.

Prominent surfing historians believe the inscription is a message to surfers because the two D-shaped triangles point east to the nearby surf break.

Other scholars suggest the word BETTER is both signature and declaration of prowess, and argue that the spacing of the letters supports the interpretation that BE and TT and ER are the initials of those who surfed the break: “We did it”! [signed] BE, TT, and ER”.  Investigation into the identities of the initialisms continue.

The inscription has been dated using the Lichen-growth Scale that controls for wind speed and salt burden in the air. Its accepted date is 2001.